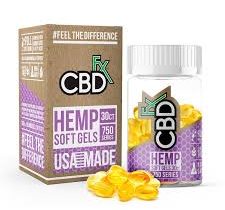 Anxiety is popular among many Americans and people are constantly looking for natural ways of reducing anxiety. Cannabidiol (CBD) oil is a popular health supplement that has been turned to by many people as an alternate remedy. By consuming CBD oil for anxiety, many people claim to have improved their mental and physical health by its calming effects.

Panic attack and anxiety attacks are words that are used interchangeably, but not the same. Key features differentiate one from the other, though they have some common symptoms. Such kinds of attacks have different intensities and durations. Panic attacks are more severe than anxiety attacks. They often come on out of the blue, while a stimulus is often associated with anxiety attacks. Anxiety disorders are related to multiple problems in mental health, including obsessive-compulsive disorder and depression, while panic attacks primarily affect those with panic disorder.

People with other types of anxiety, such as social anxiety disorder (SAD) and post-traumatic stress disorder (PTSD), may also benefit from CBD. It can also help to relieve insomnia which is caused by anxiety. In 2011, a study investigated the effects of CBD on people suffering from SAD. Participants were given CBD with an oral dose of 400 milligrams (mg). Those who received CBD were generally reporting decreased levels of anxiety. Several recent studies have shown that CBD can assist with the effects of PTSD, such as anxiety and traumatic memory repeat. These studies looked at CBD as both a stand-alone treatment for PTSD as well as a complement to conventional treatments such as antidepressants and cognitive behavioral therapy.

CBDfx derived from hemp plants with less than 0.3 percent THC is legal at the federal level, but CBD extracted from marijuana plants is illegal. That’s because growing marijuana plants remains illegal under federal law. They also need to manufacture the CBD under specific conditions. The grower, for example, must be approved and must obey federal and state regulations. States have legalized CBD to varying degrees, but some still limit production, sales, and possession. It’s best to check the state’s laws. And again, it’s worth pointing out that CBD drugs are not controlled by the FDA, except for Epidiolex. That means you can’t be sure what’s on the sticker you are having. Even if you’re purchasing the same drug, because of a lack of regulation, the dosage can still vary from lot to lot.

If you’re interested to use CBD oil as an anxiety management tool, awareness is important. Understanding the pros and cons of the different methods of ingestion will help you determine which dose better suits your needs. CBD tinctures and oils are a simple, convenient, and precise way of consuming CBD. Most tinctures contain CBD in the base of the alcohol. CBD oils contain CBD compounds, such as coconut or hemp seed oil, distilled into a carrier oil. A dropper is used to make tinctures and oils and helps you to accurately quantify intake. When taken sublingually, the cannabinoid quickly reaches the bloodstream— results will come in as fast as 10 minutes and last for up to three to four hours.

Although many people have found their satisfaction in using CBD capsules to help with anxiety, further information is needed to determine the anxiety-related long-term effects of CBD oil. Scientific evidence shows that CBD has great promise as a treatment for anxiety disorders, but physicians will not continue to administer CBD to their patients anytime soon. It is also worth noting that CBD will affect everybody differently, and before making any changes to your current health regimen, you should talk to your doctor.